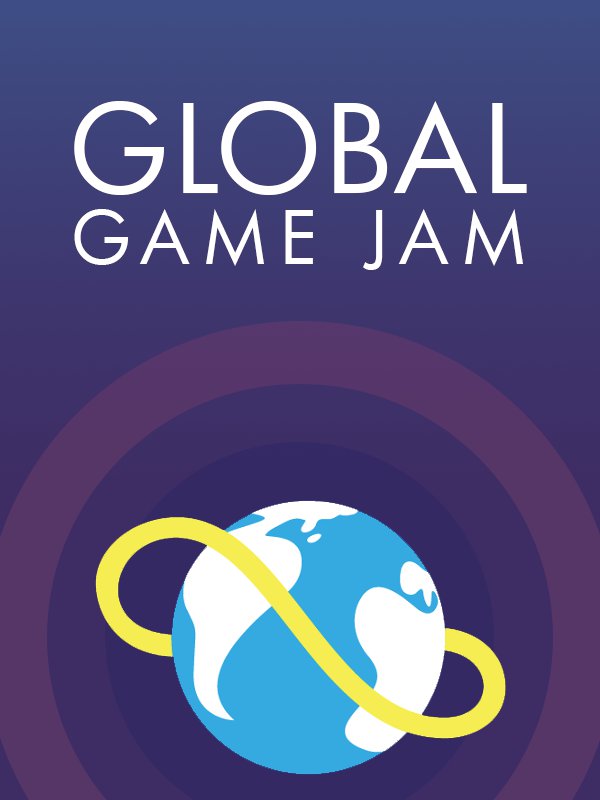 I would make this my obligatory “I’m in” post, but I thought I’d make this a bit fun and tell you some weird or crazy fact when it comes to me and game jams, and in particular Ludum Dare: I’m cursed.

Now here me out, I am aware this sounds weird and possibly crazy (because it is), but even if it’s just a sheer coincidence or just bad luck, there is an unusual pattern that has occurred whenever I take part in game jams, and this has been happening through most of the game jams I’ve taken part in since 2013.

The “curse” goes as follows: Every game jam with an even number will either lead to no completion or failure.

That’s not to say that the jams with odd numbers have lead to roaring successes but the majority of my game jam participations which lead to finished and submitted games and some have had much more positive reception than I’ve hoped for, which is saying something for someone who hasn’t (yet) reached the top 100 in any Ludum Dare category. Heck, on my own Ludum Dare author page there are only entries from odd numbered LDs.

So if you are interested, I will show you my evidence and also add in some lessons that were taken from them.

Most of why this jam went wrong for me can be summed up in the post mortem I wrote. The short version was that I was collaborating with another person, and we left pretty much everything from what tools we would use, to our game jam idea to the last minute, and as a result we made an unfinished game that we felt embarrassed to keep online so I reached out to Ludum Dare to have that game removed. I don’t have any criticism to give Code_Assassin, but we pretty much agreed that if we were to collaborate again, we’d definitely need a week or so to prepare what games we could make and what tools we would use.

So this one I did announce I would participate, and I was joined into a team this time. So how come I didn’t submit a game at this one? Well the answer was that a game was made, and submitted by the other programmer, LiquidBrewing, the game being Cardboard Giuseppe. However as you can see, no one voted for it, and only two comments, reasons why I’m not so sure. During development there were some issues, namely that one of the artists dropped out (meaning I ended up doing some artwork in order to finish the game up) and it didn’t help that I was away on Friday and Saturday. I guess it wasn’t a surprise that the majority of the code that I wrote never got used in the game.

Lesson: Leave some days free to work (especially in teams)

I couldn’t participate in this one, although I cannot find a reason why. I can recall telling people I could not take part because I was going to be away somewhere, but I cannot recall what event prevented me from taking part.

Just to show this doesn’t just occur at Ludum Dare, here’s Global Games Jam. I’ve participated at GGJ for three years running and 2014 was the only year that had an incomplete entry. This one had a much larger team of seven people, and yet the reason we never finished was once again, down to tools. We all agreed to use Unity, a great choice if it wasn’t for the fact that most of us never used Unity before, and our venue actually had rooms with didn’t permit the use of Unity (although Unreal Engine was accepted). It was a shame, since we had an idea of an RTS where the visuals and language of the game would depend on what side of a revolution you chose (kinda like Command and Conquer, now that I think about it). On the plus side, I managed to write a sophisticated and fully designed graphical user interface, just a shame the gameplay never became fully realised. I later wrote a post mortem of the jam so you can see the full details of what happened near the time it occurred.

Lesson: Use and prepare tools you know how to use.

So whatever reasons of this, I’m still taking part in this LD, even if it’s number 34. Whether or not the incidents above are the cause of an actual curse, and these aren’t the only ones, I still enjoy the learning process and hard work I put into making small and quick games every year. I look forward to seeing what cool stuff gets created and I hope, despite already having a planned trip to London…Ah well, going to London to see friends during a Ludum Dare didn’t stop me at LD31!

So as of today, the first semester of my final year of University is down, two more semesters to go! All exams are finished, and three assignments are done, all that’s left so far are the marks, two assignments due in second semester and a Final Year Project (which I also did a midpoint review yesterday). This is awesome for me as it means more work for the FYP and other game dev stuff, and I can schedule out the other work that I need to do.

END_OF_DOCUMENT_TOKEN_TO_BE_REPLACED

For another year, Global Games Jam has ended, and what a time was had at Stafford Campus during the event. After 48 hours of work we were able to pull off most of what we had hoped and it’s time for me to give you my report. I will explain what happened, what problems were faced and what we produced.

END_OF_DOCUMENT_TOKEN_TO_BE_REPLACED

Hey everyone! Just thought I’d like to give a shoutout to all those who have been supporting me and following me on all my channels, you have no idea how much it all means to me. This also includes those who write about my stuff or make videos, I’m really thankful for the amount of effort some of you people have in showing your interest of my work.

Here’s one recent example that I’d like to show you, Gerry from MyGamesAreFun did a lets play of the first demo I did of Secret of Escape!

Don’t forget that if you want to do any writeups or videos of my games, feel free to do so and send them my way. Now onto the main part of this post, the Global Games Jam! END_OF_DOCUMENT_TOKEN_TO_BE_REPLACED