I specialise in developing arcade style games, having worked with multiple games programming frameworks like Allegro (C++), SFML 2 (C++), XNA/Monogame (C#), pyGame (Python) and HaxeFlixel (Haxe), as well as game engines such as Game Maker and Construct2. As well as PC, I have developed games for Android, Windows Phone and the Nintendo Switch!

Despite my main focus on 2D, I haven’t been afraid of experimenting in the third dimension, having used 3D Graphical libraries like OpenGL (C++) and DirectX (C++), as well as 3D engines such as Unity and Unreal Engine 4.

I have had games released on the Windows Store, Windows Phone Marketplace and Google Play Store such as Glow Drop, and I developed Secret of Escape for release on Desura, Itch.io and IndieGameStand, and Gemstone Keeper for Steam and Nintendo eShop. 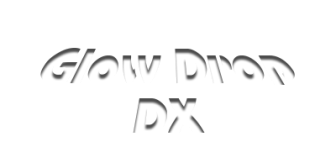 While being solo, I have worked with several artists, sound composers as well as designers and other programmers at game jams and indie game projects, all of which you can discover by navigating the Games and Academic Stuff in the menu above.

2 thoughts on “About Me”