So with Gemstone Keeper on Steam for Windows only, I thought I’d try my hand at getting a game to build to Linux the proper way. This series of posts will hopefully document each part of porting Gemstone Keeper to run on Linux.

The last time I made a game with Linux support was Secret of Escape, which used the Node-webkit to run HTML5 games to desktop applications. Node-Webkit essentially was a separate, precompiled application that functioned like a limited web-browser using the Chromium engine, all Construct2 did was build a HTML5 game and structured it in a file structure that made the application run the game. This way, porting the game to Windows, Mac and Linux took very little effort. This essentially means that developing for Linux was a completely new thing for me before releasing Gemstone Keeper.

The first stage was porting the Vigilante Game Framework. This is the underlaying C++ framework that uses SFML to develop games with state management, collision, visual effects and audio effects among others. It was partially inspired by HaxeFlixel, although with some of my own approaches that rely on C++ and SFML, as well as my own features (such as circle collision, multipass post process effects and a custom text renderer). Getting this to work on Linux would help me with setting up SFML and having a good idea of how Linux development worked.

Surprisingly, getting the framework to build on Linux ended up being the easiest part, because someone else already did it! I posted the framework to GitHub, and passed around the GitHub page to Twitter and Reddit, and SirFrankalot on the /r/gamedev subreddit was able to fork it and get it to work in Linux, and provided both written notes and a pull request to carry his changes over! The details can be found here, but these are the main points I wanted to get across: 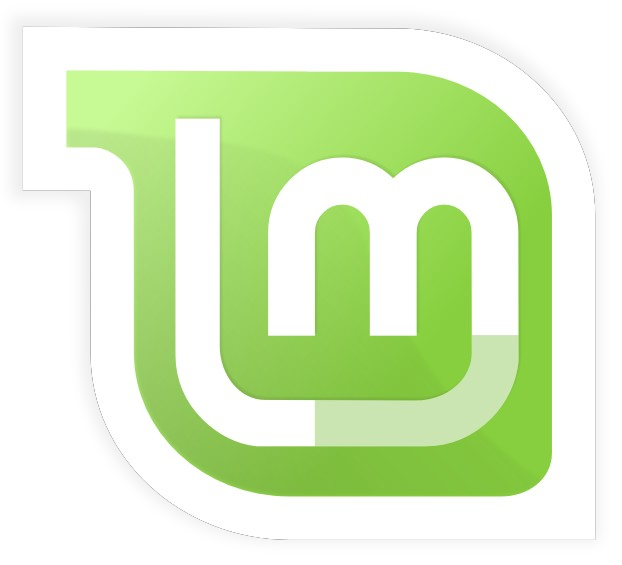 Next was using an IDE, I decided to use Code::Blocks because I have used it before, although it’s still much of a change of Visual Studio. Not to mention I was using a virtual machine, a VirtualBox with Linux Mint 18.1, and for whatever reason my configuration causes it to crash with no warnings. I also had to set up a load of dependancies, although using the terminal to get them is much easier than browsing for libraries online. 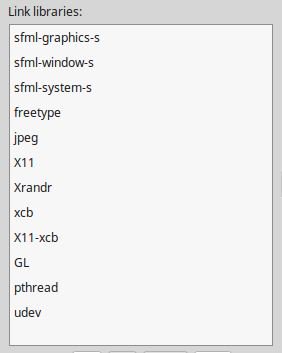 In the end I managed to build the SFML tutorial code and a few moments later, VFrame could compile! Aside from some small issues with 3D graphics, it was running almost just like it did on Windows!

Next time, it’ll be my ramblings as I port over the library that makes Gemstone Keeper’s caverns large and random, the GenLevelTools!

Last weekend was Ludum Dare 38, not only is it the 38th main game, as well as the 8th or 10th one I’ve taken part in (whether or not you take into account failed attempts), but it also marks the 15 Year Anniversary of the competition/jam as a whole! Not only is it celebrated with another jam, but with a brand new website. For now you can still access the old website, but game submissions are currently being handled entirely on the new site.

The theme this time around was Small World, so I (like a lot of devs) made a game either around a small game world or a tiny planet. I went with the latter and drew up a run ‘n gun shooter on a little planet.

Sadly I had plans with my friends on Saturday so I didn’t start work on the game until around 8PM GMT, so development felt more rushed than a full games jam but I managed to make what I set out to design: littlePLANETblast

Similar to my past Ludum Dare projects, I used HaxeFlixel. It’s straightforward to use, multiplatform (Flash, HTML, Windows and Android maybe…) and it’s still being maintained so there have been several improvements. I’ve provided the game’s source code on Github so feel free to have a look to see how the game works.

The first problem I had to solve to make this game work is how to make a sprite orbit a planet. HaxeFlixel has a FlxVector object for vector math, so using that with a sprite’s acceleration meant having the sprite fall towards the centre of a circular planet was pretty easy, but how do you get the sprite to stop on the planet’s surface?

HaxeFlixel has no circular collision, only rectangtle collision. When I wrote my own C++ framework for Gemstone Keeper, which took inspirations from HaxeFlixel, I included Circular collision by giving each object a Radius property and writing my own circle overlap and separation functions. This would have been too much work for the time I had, so I wrote a hack method for a derived sprite class that always checked and updated the distance between a sprite’s centre and the planet’s centre, and if the distance was less than both the planet’s radius and sprite’s radius combined, then the game pushes the sprite up to the edge of the planet. This circle collision method is only applied between a sprite and the planet, and since rectangles don’t rotate then all sprites had to be perfect squares.

Bullets were one of the only sprites that weren’t built to orbit the planet, instead simply moving in an angle that combines the firing direction with the player’s current angle. I’ve had some feedback that said that the bullets should also be affected by gravity. I decided against it because it would make enemies on the planet easier to hit, while enemies in the sky would be harder to aim, not to mention the game loses a strategy element because of where bullets travel.

I went with three base enemy types: Rockets, Spikes and Robots.

Robots functions no differently from the player, except that it moves in a fix direction and smaller ones bounce by constantly jumping. Spikes has the same orbiting system, but it’s planet radius is much smaller to allow it to go into the planet. I use FlxTween and the FlxTimer to allow the spikes to move in sequence. Rockets simply spawn outside the screen at an angle and move towards the centre of the planet. If a rocket touches the planet then it would be destroyed, resulting in an instant game over.

I also added an escape object, which changes the planets side and makes the level a little bit more harder. This was for variety, so you wouldn’t have to stay on the same planet. If I had a bit more time I would have included more animations on the planet itself.

Speaking of the planet, that was one of the first objects I applied polished graphics to. To give it a more detailed pattern, I used the built in Cellular Automata function, and applied the pixels to the circle. Since it uses a random seed, the pattern is different on each playthrough.

The planet’s destruction is a particle effect that uses the planet sprite’s texture, a technique I used a lot in Gemstone Keeper. However one gripe was that I had to make a derived FlxEmitter class that could allow me to set how many frames I wanted based on the particle’s frame size.

Along with proper sprites, smoke was added to the spikes so that the game can provide a one second warning before spikes hit. I also added a distance check to avoid some unfair spike deaths. Finally I added a second camera mode incase the first one wasn’t interesting enough. The follow camera simply rotates with the player so they can stay in one spot while all the other objects rotated around. It did mean having to create a new Camera for UI elements, since objects can only be parallax scrolled by position.

The last elements I added were the title screen and audio. Sound effects were produced with BFXR and music with Abundent-Music’s Procedural Music Generator. Audio is one of my weakest skills so these procedural tools made that quick and simple, although I probably wouldn’t enter myself into the audio category for them.

I figured I add a smaller version of the planet in the title screen and have the player sprite on a bigger world to give a vague sense of a setting, with emphasis that the player is fighting on tiny planets and not just a giant on a regular sized planet.

And that’s basically how I made littleBLASTplanet. If I had more time I probably would have created more enemies and made proper transitions between planets. Aside from that I’m pretty happy with the results, particularly hacking the physics to getting jumping and moving around a 2D planet to be possible.

Voting for the game begins on Friday, so if you took part in Ludum Dare, please check it out!

Check out the Steam Store, and you’ll see that Gemstone Keeper has a page where you can add to your wishlist, purchase the game and write a review for it. I greatly appreciate seeing people buying the game and giving it a good review, it really means a lot after realising that this game has been in development for nearly two years (May 2015 – April 2017). Reviews in particular are important because I’d like to collect a list of issues and make fixes, and hopefully add a bit more to the game over the course of a year. Gemstone Keeper will also be shown at Insomnia 60 at the Birmingham NEC and maybe a few more events if people find an interest.

In particular I want to thank Vincent Rubinetti for his contributions for the game. While he was the person I had in mind to do the soundtrack from the point I listened to his music in INK, I was a bit nervous about approaching him with the demo I had. However after a few emails back and forth, we made an agreement and we were underway for producing a great accompanyment to the game’s visual art style and atmosphere.

In addition, I’d like to apologise for leaving this two days late; I couldn’t plan ahead because I spent the last few days sending out emails and twitter DMs in the hopes to get the game looked at by people; I fixed bugs and adding some last minute features such as damage numbers appearing whenever you hit something with your bullets and being able to type the seed you want to use in Score Mode.

On the launch day, I was at Rezzed, where I did talk to a few people about my game, but mainly walked around and tried out a selection of great titles. By the time 6pm rolled around, I hung out at an after party and chatted to a few developers.

Then the day after was my birthday, so I figured I would post on social media, but spend most of the time away from the game and more with friends and family to celebrate and relax.

As for my future plans, aside from this game’s maintenance, I’m hoping to return to smaller games for a while. In particular I want to try a few more game jams and experiment a bit more, I have a few ideas I want to try out, and now I have a little less pressure on me to work a bit on them.