So it’s been a few weeks, so I figured I’d show you some of my favourite games from the passing GBJam. Of course there are many brilliant submissions (including the one I was involved with :P), but here are just some of the great ones that appeared.

Great design. but controls are a bit finicky. Still a great looking game with great music.

Quite a nice compilation of classic games, I especially like the Pokemon menu layout in particular. The mini games inside look really well made. 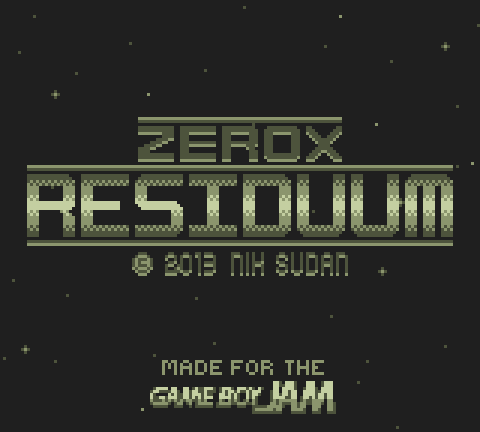 Really funny game, well designed exploration game where you have to find your robots hat. Has a great sense of humour. Well worth it!

Feel free to try out some neat games!